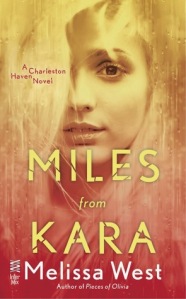 Kara Marcus is desperate to forget the past and move on. But she can’t escape her choices—especially when she finds herself falling in love…

Since the first day she stepped into her childhood Southern Baptist church, two truths have been engrained in Kara Marcus’s head: sex before marriage is bad and murder is a sin. And that’s why Kara can never forgive herself for what she did at the age of sixteen.

Now, as second semester of freshman year comes to a close, Kara has stood by her high school boyfriend, Ethan. But as they seem to grow further and further apart every day, Kara realizes that she has feelings for someone else: Ethan’s roommate Colt.

Suddenly, Kara’s clear-cut world shifts out of focus, and she’s torn between what her head tells her is right and what her heart is desperately pushing her to do—even if it means committing another undeniable sin…

At the end of Pieces of Olivia, we’ve seeing Colt who is Ethan’s roommate. Kara is a little attracted by Colt but Ethan is her boyfriend so she can’t let her wish comes true.

Kara has a complicated past, she had an abortion at 16 years old and for her it’s another very persistent problem. She studies psychology but she doesn’t know if she’s in the good way. I like very much the character of Kara because she’s a sensitive woman who is a little lost. Unfortunately Ethan is far and she feels their relation ending. Every time Ethan is absent, Colt is present, he understand Kara and their relation gone deeper. In parallel, Kara will work in a psychological center and she will be confronted with a young 16-year-old teenager, pregnant. The memory of the past will come back in force and Kara will try to help this young girl, even if it’s destroyed her.

Colt is a hot tattoo boy, but he is so kind and comprehensive. He’s here for Kara and try to help her, not like Ethan who is never here. I like this character because in a lot of book, the boy isn’t so comprehensive at the beginning. Colt is the contrary of a bad boy even if he has tattoo.

I love the story between them because their relation evolves and deepens in the course of pages. Kara opens to Colt because she learns to trust him and it’s a thing very beautiful to read especially when it’s written so well. I love the characters create by Melissa West, whether it is Olivia, Preston, Sarah, Taylor and mostly Rose. Melissa has a talent to give life to her characters and make us them like.

It’s a good story with a lot of feelings, the author speaks very well about subjects sensitive as the abortion and the adoption as well as all the feelings which ensue from it. I really like the Therapist Rose, she has a great role in this book like she has in Pieces of Olivia and it’s an amazing character.

This serie is really amazing and if you like hot boys and sweet girl you can read Pieces of Olivia and Miles from Kara.

I just hope that the next book will be out soon and will be about Sarah and Taylor because I think Taylor is a good guy and Sarah’s problems are very strong.

Melissa West writes young adult and new adult novels for Entangled Teen and Embrace and Penguin/InterMix. She lives outside of Atlanta, GA with her husband and two daughters and spends most of her time writing, reading, or fueling her coffee addiction.

She holds a B.A. in Communication Studies and a M.S. in Graphic Communication, both from Clemson University. Yeah, her blood runs orange.