It’s a pleasure for me to be a part of this blog Tour, you’ll find my review and in the end a Giveaway, so stop by and go give it a chance. 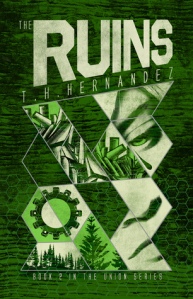 Heartbroken, grief-stricken, and wracked with guilt, seventeen-year-old Evan Taylor returned to the Union, leaving behind the boy she loved.

Now, she and her friends must find a way to do the impossible – warn the citizens of the Union about an impending rebel attack without alerting the government and risking retaliation against her friends in the Ruins.

When every move Evan makes is thwarted, it soon becomes clear she’s being watched. Faced with a daily fight to stay one step ahead of her pursuers, she returns to the Ruins. But life in the Ruins has its own dangers, and soon she’s fighting a different battle – to stay alive long enough to discover the truth.

This review can contains some spoiler, even if I don’t want to.

The story take places exactly at the end of The Union, Evan, Bryce, Colin and Jack are at Eddie’s home, who is Evan’s father.

Evan wants to save the Union AND The Ruins but she will face some problems. Evan’s heart is broken and she’s a little lost with her father and Bryce. I know that she’s a teenager but after the events of the book one, I shall have liked having more mature Evan, I find that in her relation with boys she’s a little bit mindless.

Colin is more present in this book and I think it’s a good idea, He’s an important friend to Evan and he will help her and trust her. I like him because even if his heart is a little broken contrary to Evan, he doesn’t make things unguardedly.

Bryce wants Evan to forgive him for his lies. He won’t lie to her again and he will help her.

Jack and Lisa are present but they aren’t too useful in the story.

You will see Cyrus but I can’t tell you in what occasion. I like seeing him with Evan, I think they are the most beautiful couple in the book and I want them happy.

I really enjoyed the book, it’s full of action and friendship. I didn’t like the way Evan act with Bryce because for me she’s involved with Cyrus and she must think before acting. It’s the only thing who bothered me and I hope that she will be more mature in the book 3.

In The Union, the author let us see mostly The Ruins but in this book, we’ll see The Union and another part of The Ruins. I like the new characters she’s create, I want them back in the book 3.

The end is not a cliffhanger so don’t be afraid, you will want to read the next book but not impatiently.

The intrigue is more and more fascinating and personally I want to know where the author wants to take us. If you liked The union, you will like The Ruins, it’s a new way of seeing the world in the series. 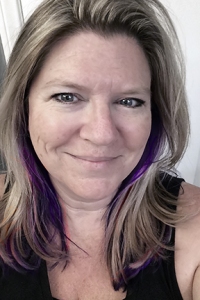 When not visiting the imaginary worlds inside my head, I live in San Diego, California, with one husband, three children, two cats, and one dog. In addition to my day job as a technical writer and editor, I write young adult fiction. I love the intensity of teen emotions and the way they’re still figuring out life.

When I’m not writing, you can find me with my nose in a book, hanging out with family and friends, hiking, or knitting. I’m obsessed with Facebook, young adult novels, bad lip reading videos, pumpkin spice lattes, microbrewed beers, and the San Diego Chargers. 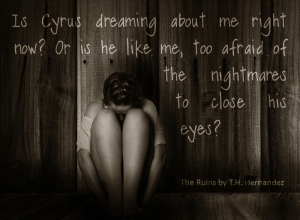 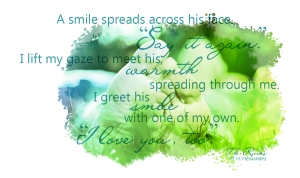 3 thoughts on “Blog Tour – The Ruins by T.H Hernandez” 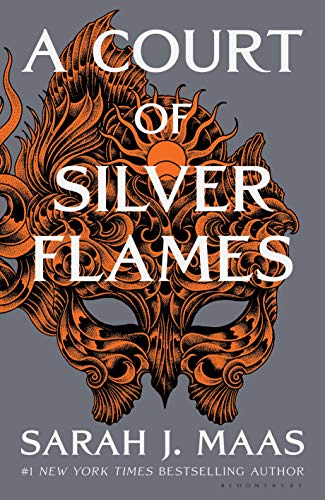