Learn the rules of the game…and then play better than anyone else.

Through a Faustian bargain, Edie Kramer has been pulled into the dangerous world of the Immortal Game, where belief makes your nightmares real. Hungry for sport, fears-made-flesh are always raising the stakes. To them, human lives are less than nothing, just pieces on a board.

Because of her boyfriend Kian’s sacrifice, she’s operating under the mysterious Harbinger’s aegis, but his patronage could prove as fatal as the opposition. Raw from deepest loss, she’s terrified over the deal Kian made for her. Though her very public enemies keep sending foot soldiers—mercenary monsters committed to her destruction—she’s not the one playing under a doom clock. Kian has six months…unless Edie can save him. And this is a game she can’t bear to lose.

Edie is now a part of the Game but Kian has made a deal with the Harbinger. A lot of things did happen and a lot more will happen in this book. I can’t tell you more about the story because you must find out what happen by yourself.

Edith Kramer is a very smart girl, more than the majority of people but she’s made some poor choice who led her to the Game. She must learn how to fight, defend herself and the people she loves. She’s the heroine, in this book she become a badass but she will have to be careful.

Kian is more protective than ever. He will do everything to protect her. He will have to fight with his feelings because of what happened in Mortal Danger. Edie isn’t always comprehensive and sometimes she can be selfish.

The Harbinger is a big part of Public Enemies, I like him, I know he’s awful but my little heart has a thing for him. The characters that are in Mortal Danger, are in Public enemies, and there are some others.

I like the way Edie evolves since the first book, she doesn’t want to let Kian protect her and she learns how to fight. She will do everything to protect the people she loves even if it’s very hard.

The story is really original and I’m impatient to read the last book because the end has a lot of questions and no answers.

Ann Aguirre is a talented woman who can write Young Adult, New Adult, Adult, fantasy, romance and everything else. She is an expert-writter in all genres of books. 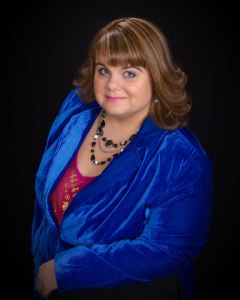 Ann Aguirre is a New York Times & USA Today bestselling author with a degree in English Literature; before she  began writing full time, she was a clown, a clerk, a voice actress, and a savior of stray kittens, not necessarily in that  order. She grew up in a yellow house across from a cornfield, but now she lives in sunny Mexico with her husband,  children, and various pets. She likes all kinds of books, emo music, action movies and Doctor Who. She writes all  kind of fiction in multiple genres, both YA and for adults.