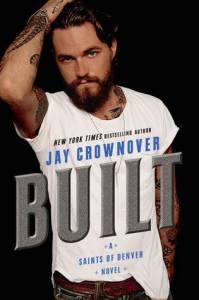 From the New York Times and USA Today bestselling author of the Marked Men books comes an electrifying new spin-off series,Saints of Denver, featuring all the characters fans have been dying to read about.

Sayer Cole and Zeb Fuller couldn’t be more different. She’s country club and fine-dining, he’s cell-block and sawdust. Sayer spends her days in litigation, while Zeb spends his working with his hands. She’s French silk, he’s all denim and flannel.

Zeb’s wanted the stunning blonde since the moment he laid eyes on her. It doesn’t matter how many smooth moves he makes, the reserved lawyer seems determinedly oblivious to his interest—either that or she doesn’t return it. Sayer is certain the rough, hard, hot-as-hell Zeb could never want someone as closed off and restrained as she is, which is a shame because something tells her he might be the guy to finally melt her icy exterior.

But just as things start to heat up, Zeb is blindsided by a life altering moment from his past. He needs Sayer’s professional help to right a wrong and to save more than himself. He can’t risk what’s at stake just because his attraction to Sayer feels all consuming. But as these opposites dig in for the fight of their lives, battling together to save a family, the steam created when fire and ice collide can no longer be ignored.

The Dirt on Ninth Grave (Charley Davidson #9) by Darynda Jones 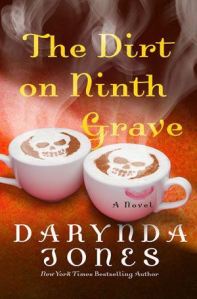 In a small village in New York lives Jane Doe, a girl with no memory of who she is or where she came from. So when she is working at a diner and slowly begins to realize she can see dead people, she’s more than a little taken aback. Stranger still are the people entering her life. They seem to know things about her. Things they hide with lies and half-truths. Soon, she senses something far darker. A force that wants to cause her harm, she is sure of it. Her saving grace comes in the form of a new friend she feels she can confide in and the fry cook, a devastatingly handsome man whose smile is breathtaking and touch is scalding. He stays close, and she almost feels safe with him around.

But no one can outrun their past, and the more lies that swirl around her—even from her new and trusted friends—the more disoriented she becomes, until she is confronted by a man who claims to have been sent to kill her. Sent by the darkest force in the universe. A force that absolutely will not stop until she is dead. Thankfully, she has a Rottweiler. But that doesn’t help in her quest to find her identity and recover what she’s lost. That will take all her courage and a touch of the power she feels flowing like electricity through her veins. She almost feels sorry for him. The devil in blue jeans. The disarming fry cook who lies with every breath he takes. She will get to the bottom of what he knows if it kills her. Or him. Either way.

Goddess of War by K.N Lee

From the award-winning author of the international bestsellers Rise of the Flame, and The Chronicles of Koa series comes Goddess of War, an epic fantasy series set in a world of wizards, warriors, and a battle between dueling gods.

After escaping the Vault, a prison for gods, twin siblings Preeti and Vineet make a desperate journey to another world.

The Abyss, also known as the human world.

The Abyss is nothing like they imagined, and soon they find that they may like it more than the world of the gods, especially when relationships form with their human friends.

Three years is all they have to hide from the Goddess of Law, a woman determined to either imprison or kill the twins and take their spot as rulers of the gods.

The human world will never be the same with the Goddess of War and the God of Peace hiding in their land.

Preeti and Vineet are thrust into a war for more than their lives, but their souls, and those of the the humans they have grown to love. The Goddess of Law will stop at nothing to destroy them, even if that means tearing the human world apart. 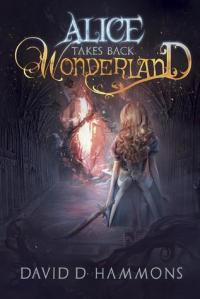 After ten years of being told she can’t tell the difference between real life and a fairy tale, Alice finally stops believing in Wonderland. So when the White Rabbit shows up at her house, Alice thinks she’s going crazy.

Only when the White Rabbit kicks her down the rabbit hole does Alice realize that the magical land she visited as a child is real.

But all is not well in Wonderland.

The Ace of Spades has taken over Wonderland and is systematically dismantling all that makes it wonderful. Plain is replacing wondrous, logical is replacing magical, and reason is destroying madness. Alice decides she must help the Mad Hatter and all those fighting to keep Wonderland wonderful.

But how can she face such danger when she is just a girl?

Alice must journey across the stars to unite an army. She discovers that fairy tales are real in the magical world beyond the rabbit hole. But they are not the fairy tales she knows.

Fairy tales have dangers and adventures of their own, and Alice must overcome the trials of these old stories if she wants to unite the lands against Ace.

With the help of Peter Pan, Pinocchio, Snow White and heroes old and new, Alice may have the strength to take back Wonderland.

So last week I had seen