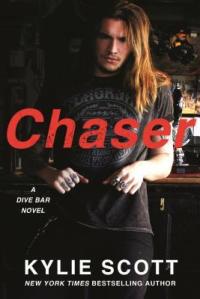 Given his well-earned bad boy reputation, Eric is having a tough time scoring.. When single Jean moves to town, she seems heaven sent by the sex gods. Only problem is, she not only wants nothing to do with him, but it turns out that she’s pregnant.

Starting over in a small town, Jean is determined to turn her wild lifestyle around and be the kind of mother she always wished she’d had. Since local bar owner and all round hottie, Eric Collins, is now determined to steer clear of her pregnant self, it should be easy. When she goes into labour during a snow storm and her car slides on some ice, it’s Eric who comes to the rescue.

There seems to be a bond between them now, but is it enough? And can Eric give up his manwhore ways to be the man Jean needs?

I had doubt for this book because Eric wasn’t a guy I like in the last book. His relation with Nell was not great. He’s a manwhore, or at least that’s what Nell, Alex, Lydia and Joe are thinking. This begin to be a problem for Eric, he doesn’t take well that Nell is constantly on his back and he wants to prove her wrong. I really feel some good vibes for him, Nell is really awful with him.

Jean is Nell’s new online friend, she leaves Florida to come to Coeur d’Alene, the first man she met is Eric and the attraction is real. Jean is a sweet girl, her parents are weird and she wants to have a new life.

I like how Eric and Jean are connected, they are so sweet together, and it’s beautiful to see them interact, they are learning to know each other and it seems so real. The only things that irritated me was Nell, she was really awful with Eric, she doesn’t see that he changed and is interested in Jean. She tells him some hard things and really she was not a person I like.

Quick word: A good story of forgiveness and love.

After Andre and Jean ate their lunch, we headed outside to deal with her stuff. The cold wind suited my mood to perfection.

“Don’t lift that, it looks heavy,” I snapped.

“The world’s largest pillow ever. You can’t be too careful.” My gaze roamed over her swollen middle. “You’re . . .”

“Pregnant?” she asked with a voice dripping poison and sugar.

“Are you having trouble with the concept?”

“Absolutely not. I was just going to say huge, that’s all.”

She blew out an exasperated breath. “Thanks, Eric. That makes me feel so much better.”

“Don’t bother.” The woman turned back to her sensible, medium-sized SUV and got busy riffling through the contents. I was surprised she’d been able to squeeze into the driver’s seat.

Boxes and stuff took up almost every inch inside the vehicle. Each and every box seemed to have been neatly labeled with the contents.

The woman took her organization seriously. She looked over her shoulder. “You know, I can’t help noticing that Eric-the-smooth-moving-flirt has been suddenly replaced by Eric-the-awkward-jerk.”

“Well, you said you were single.” I folded my arms defensively across my chest.

And then there was an awkward silence.

She turned, face all scrunched up. Like I was the one with the problem.

“Just hop out of the way so I can grab some boxes,” I said, voice gruff.

Still nothing from her. “It’s a second-story walk-up and you have a lot of stuff to get up there. You should be taking it easy.” Hands on hips, I tapped my black leather boot against the sidewalk, waiting her out. “Jean, I’m not trying to insult you. It’s the truth.”

She swore quietly, going back to fussing with the contents in the vehicle. I don’t think any woman has ever given me the silent treatment quite this quickly. Usually I’m good for at least a couple of hours after seeing them naked.

Man, I still couldn’t believe this was happening. God hated me or something. Pregnant women and me were enema. Anathema. Whatever. Now that I’d seen her out in the autumn light, however, she looked younger than I’d first guessed. Despite her tired eyes, her skin was smooth, soft looking. She was likely closer to her early twenties than mid.

I shrugged one shoulder. “Just curious.”

Young, like I’d thought. She was probably too immature for me, anyway.

Boyd ambled out of the Dive Bar, turning his head this way and that, looking up and down the street. I raised my hand and he started over in our direction. The big cook would make short work out of moving all this stuff. Behind us, Andre and Nell came out of the tenants’ entrance to the Bird Building. The place was a big brick building about a hundred years old. Just past the door was an entryway with stairs leading up to the second floor, followed by two empty shops, their windows covered in flyers about local events. Concerts and parades and shit. They’d been vacant for a while, unfortunately. Andre’s Guitar Den came next, then Pat’s tattoo parlor Inkaho, and the Dive Bar on the corner.

“Everything’s good to go. Alex and I gave it a cleaning last week just to be sure,” said Nell, smacking a kiss on Jean’s cheek.

Andre leaned against the SUV. “Your furniture got delivered yesterday too, so it’s all good to go.”

“Who’s minding the kitchen?” I asked.

“Lydia will text Boyd if they need something,” said Nell.

“We’re only going to be a few feet away from the place.”

One of Jean’s eyebrows inched up slightly. So I might have implied that I was the sole owner. Shit happened.

I crossed my arms. “Fine. No need to bite my head off.”

“My best online friend just moved to town. We’ve been texting and skyping for months. She’s been an absolute rock for me through all the nerves of being pregnant again,” said Nell. “Stop messing with my happy.”

And then there was an awkward silence. Great. If only there was some way to get out of helping without looking like a raging asshole. The possibility of anything happening between me and Jean had been buried six feet deep, never to be spoken of again.

Kylie is a New York Times and USA Today best-selling author. She was voted Australian Romance Writer of the year, 2013 & 2014, by the Australian Romance Writer’s Association and her books have been translated into eleven different languages. She is a long time fan of romance, rock music, and B-grade horror films. Based in Queensland, Australia with her two children and husband, she reads, writes and never dithers around on the internet. You can learn more about Kylie from http://www.kylie-scott.com/ 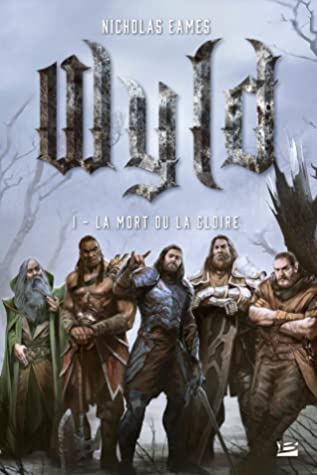