Blitz and giveaway – Don’t cheat me by Jackie May

One month after Nora’s violent induction to the dangerous supernatural side of Detroit, she’s finally settling into her new life as the underworld’s token human. All she wants to do is mind her own business, enjoy her new friends, and stay safe. But that’s easier said than done when she’s such an enigma to everyone around her.

Thanks to her unique psychic abilities, she’s garnered a reputation for being mysterious and powerful. When the alpha of a local werewolf pack asks her to help him figure out who is stealing from him, she can’t say no, even though getting involved in pack business could have deadly repercussions.

While tangled up in a heap of werewolf troubles, Nora can’t quite shake her old vampire problem, either. Henry is practically stalking her, Parker is breaking down the walls around her heart, and Nora’s blatant fear of the blood-sucking monsters is a delicious temptation for the natural predators.

Nora’s succubus friend, Cecile, believes throwing her a “coming out” party into underworld society is the best way to solve all of her problems, but Nora disagrees. If the vampires and werewolves don’t kill her, Cecile’s party planning definitely will.

This is book 2 in the Nora Jacobs series and should be read after book 1. It is a slow burn reverse harem series.

“Hey, sexy, how about you bring a shot of Angelfire and that pretty little ass over here.”

I pour a shot of the fey alcohol and bring it to the tactless man with a forced smile. As I take the cash he lays out on the counter, he grabs my arm and pulls me close. “You know, I’ve never had a human before—they’re not usually worth my time—but I’d make an exception for you.”

I start to walk away, so he quickly downs his shot and asks for another. “What’s the matter? Think you’re too good to bed an underworlder?”

I smirk as I fill his shot glass with another round of the light blue liquid. “Nope. Just too good for cocky assholes.”

I don’t have time to regret running my mouth off before the man has me by the throat and is pulling me across the counter to his seething face. “I’ll show you manners, human. You’re nothing but an insect in my world. A plaything. And now you’ll be mine. I’ll have you begging for death for all eternity.”

His thoughts are scarier than his words. He plans to follow through on his threat. He knows many fey in the winter court that keep human pets. He’s never seen the appeal, but now he wants nothing more than to humiliate me and make me suffer. And maybe he’ll eat me once he’s bored of the torture.

His grip is so strong I can’t breathe, but before I start to see spots in my vision, Wulf and Nick rip me apart from the psychotic winter faerie. Wulf has me behind him, using his body to physically shield me, while Nick has the faerie laid out on the bar by his throat. The man is wailing in pain, and it takes me a moment to figure out it’s because Nick’s buried a dagger in the man’s shoulder, hilt deep. Judging from the screams of pain, the dagger is made of iron, which is poisonous to faeries. “What was that about begging for death for all eternity?” Nick asks. “Is that how you like to play?”

“But she’s human,” the faerie cries, as if that justifies his actions.

Wulf growls at this, and his whole body begins to shake. I place a hand on his shoulder in an attempt to calm him down. I’ve heard that werewolves like physical touch, and a gesture to tell him I’m all right should help with his protective instincts. I’ve never seen a werewolf shift, and I don’t really want to see one now while he’s pissed and I’m trapped behind a bar with him. I want to say something soothing, but honestly, I’m too scared to get any words out. That faerie has a dark, twisted mind.

“She is an employee of this club and Terrance’s only clan,” Nick says.

“His first.” Nick nods. “And he’s especially fond of her. So I would advise you to leave her alone. In fact, I bet you’re a dead man walking once Terrance figures out you’re the asshole who put the bruises around her neck.”

Nick’s eyes do that thing they do when he gets really pissed. The pupils turn into vertical slits. It’s freaky looking. He also emits some kind of power. I can’t really explain it. I don’t know what kind of underworlder Nick is. It’s rude to ask, and he’s never offered the information up. But it’s something totally badass that scares even the nastiest underworlders. Mr. Creepy Fey Man is squirming under his grip, looking like he’s about to piss himself. “I’m sorry,” he whines. “I didn’t know who she was. I’ll leave. Just let me up before Terrance comes.”

“Maybe we should leave him pinned to the bar for a while,” Wulf says, making the fey’s eyes go wide again. “That’ll send the message that Nora is off limits, which might appease Terrance.”

I can’t help the way my mouth falls open. “You’re not serious.”

“Terrance will kill him for touching you, unless we punish him first,” Nick adds, backing up Wulf’s claims.

They’re not kidding. They plan to keep this guy staked to the counter the way he is. The underworld runs on a different set of rules. It’s brutal and dangerous. If I want to survive it, I need to learn to stomach the darker side of it and trust those who have my well-being at heart.

“Okay,” I say, since both Wulf and Nick seem to be waiting for my approval. It’s not that hard to agree, considering how evil the man’s thoughts were. “Let’s leave him for a while.”

“Put a sign on him so everyone knows,” Nick says.

Wulf writes a note on a pad that says I touched the human girl. He puts it on the faerie’s chest. “Hold this, and don’t drop it.”

The man grips the message and holds it against his chest where everyone who gets close can read it. But he’s squirming, swearing, sweating, and hollering about the pain. I have no doubt it hurts. Nick has no sympathy for him. “Shut your mouth,” he says, touching the dagger’s hilt and twisting it ever so slightly, causing the faerie to scream in real agony. “This is a tender mercy. Stop whining, or I’ll put this dagger through your heart to shut you up.”

I’m not surprised when the faerie shuts his mouth and keeps his discomfort to mild whimpers from then on. If Nick had looked at me the same way he looked at that guy just now, I’d find a way to forget about the pain, too. 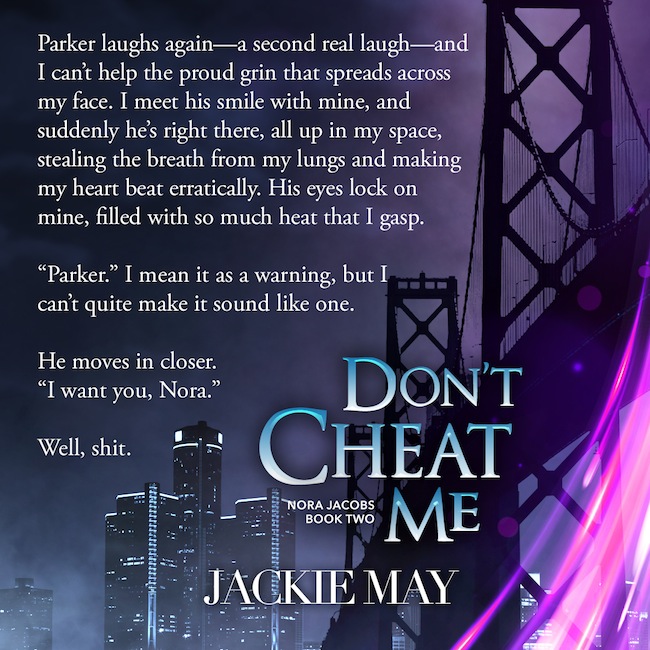