Blitz and giveaway – The Viking’s Captive by Quinn Loftis 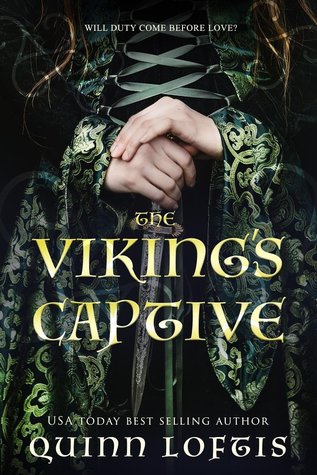 Will duty come before love?

Two worlds collide in this epic historical fiction centered on an undeniable chemistry that smolders against the odds. Richly written and injected with moments of humor, this action-packed romantic tale will leave you breathless. 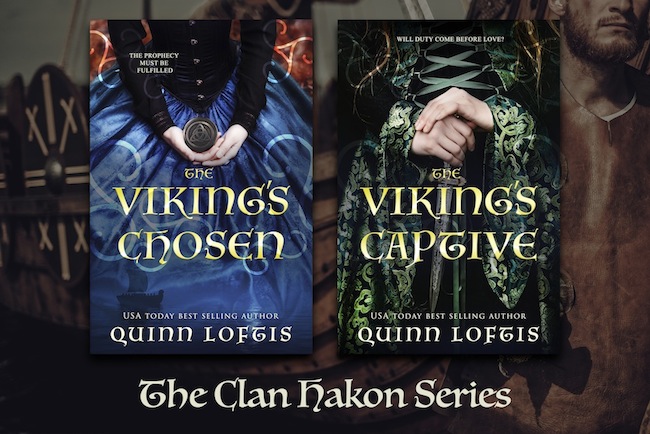 “If you vomit on my lap, I will most likely throw you overboard,” Dayna, my incredibly helpful sister, told me for the fourth or fifth time.

“If you hadn’t come running after me like a sodding fool, you wouldn’t have gotten yourself captured. Then you wouldn’t even be on this boat, and you wouldn’t have to worry about me vomiting on you, now, would you?” I asked as I clutched my midsection. My stomach seemed to think it should take its cues from the ocean upon which we sailed. It rolled and flipped just like the waves.

“First, if I hadn’t come after you, then that would make me a coward and not much of a sister, so that was never an option. Second, if I hadn’t gotten captured, then you would be all alone with no one to hold your hair while you vomit, now, wouldn’t you?”

“Do we have to use the term vomit in every sentence?” Hilda, the Hakon clan Oracle, healer, and Torben’s mother, asked dryly.

“Apparently, we do since you just used it yourself,” Dayna pointed out.

Hilda shot me a sly grin, with one eyebrow raised, asked, “You don’t mind if I just put a small hex on her, do you?”

“But if you feel it’s absolutely necessary, I guess I could overlook it,” I added, earning me a pinch from said sister.

I had no idea how long it had been since Magnus, Torben’s jarl, had captured us. On one hand, he’d done me a favor. I certainly wasn’t going to have to marry Cathal now. On the other hand, my sister and I were now the prisoners of a man who was slowly losing his mind. I wasn’t sure which was worse, being married to a madman or being stolen by one. For whatever reason, I seemed to have suddenly become a hot commodity to lunatics. I chuckled to myself.

“Pray tell, sister, what is so funny?” Dayna asked.

“Madmen want me,” I said as I groaned and shifted my head, which was indeed lying in my sister’s lap, where I very well might have been sick at any second.

“Do you think she’s already delirious from being at sea?” Dayna asked Hilda.

Hilda snorted¾a most unladylike sound. “We’ve only been at sea for half a day at most. If she’s already delirious, then we are going to need to shore up her constitution.”

I was just about to tell her where she could shove her shoring up when I quickly covered my mouth and sat up. I refused to vomit. If I did, it would feel like Magnus was winning in some bizarre, silent game between the two of us. Once I was sure I could open my mouth without anything but words coming out of it, I addressed Hilda. “I am feeling more than just my own illness, worry, and fear.” I pressed my hand to my heart and rubbed it as if that could somehow remove the ache. “There’s a pain deep in my breast.”

Hilda nodded. “That would be the anchor bond between you and my son. You are feeling his worry and fear as well as your own. And knowing how deeply Torben feels anything, I imagine he is in quite a bit of distress, though he won’t show it on the outside.” She shook her head. “No, he’s a warrior through and through. On the outside, he will look as though he could slit your throat without a second thought. But on the inside, he is frantic to get to you.”

“Is that why you weren’t wailing about the possibility of Torben being dead when Magnus said he was?” Dayna asked.

“I would know if he were dead. A part of me would die inside as well.” I looked back to Hilda. “Will he kill Magnus?” I asked.

She nodded. “It is his destiny to become jarl of the Hakon clan, as it is your destiny to rule at his side. For that to happen, the old jarl must die. Magnus will never relinquish power willingly. Our two nations will grow stronger, not only because they embrace one another’s differences, but because they need new blood. Your offspring will be strong.”

The boat gave a mighty heave, and Dayna and I both nearly fell off the small bench upon which we were perched. Hilda didn’t appear bothered at all by the motion. She noticed the expression I was giving her and shrugged.

“I’ve lived at sea a long time. She and I are well acquainted.”

“Forgive me for speaking out of turn,” Dayna said, gripping the seat beneath her as though it might try to toss her into the bottom of the boat, “but your life has been about as fun as a house rat’s on cleaning day if you’ve spent that much time on the ocean.” 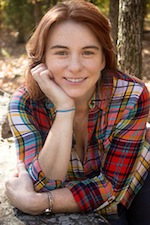 Quinn is an award winning author who lives in beautiful Western Arkansas with her husband, two sons, Nora the Doberman, and Chewy the Cat who thinks he’s a dog. She is the author of 17 novels, and 2 novellas, including the USA Today bestseller, Fate and Fury. Quinn is beyond thankful that she has been blessed to be able to write full time and hopes the readers know how much all of their support means to her. Some of her hobbies include reading, exercising, crochet, and spending time with family and friends. She gives all credit of her success to God because he gave her the creative spirit and vivid imagination it takes to write.

Blitz and giveaway – Valiant by Merrie Destefano »
« It’s monday, what are you reading ?#214