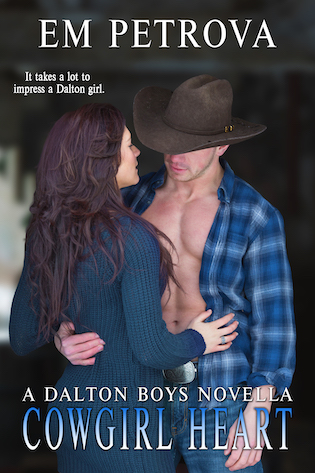 It’s not easy to impress a Dalton girl…

It’s not easy being a Dalton, let alone the last unmarried one of the Texas bunch. Keziah, or Kizzy, is drained by all the family weddings, and her sisters keep trying to rope and tie her to any old cowboy in the county. To ensure this doesn’t happen, she takes off for the big city and a job as assistant to none other than the smart, savvy and sexy KC Cohen, the mortgage company billionaire who sees her as something more than a cowgirl.

Knox Channing Cohen has achieved his goal—to build his own billion-dollar business from the ground up and without the help of his wealthy family. He’s also managed to break free of his cowboy origins and strike out on his own, far away from the prestigious ranch he grew up on. But when he receives word of his father’s death, he’s back in the saddle… the last place he wants to be.

Kizzy is dragged along as Knox’s assistant to help him deal with the family business. When she learns he’s not only loaded but a damn cowboy too, she can’t be more blindsided. Now she can see all the carved muscle on the man might not be from hitting the gym so much as hard work. Knox wants to sell out the ranch, but seeing the dark-haired, blue-eyed beauty at home around horses has him second-guessing his beliefs about the country… and wondering if he can remind her that she’s a cowgirl at heart.

Son of a bitch, he was kissing his assistant… and she was more amazing than he’d even fantasized.

As if realizing the same thing at the same moment, Kizzy drew away.

He kept hold of her, unable to force his hand to let go.

He shook his head. “No, don’t. C’mere.” He yanked her close again and kissed her hard. Angling his mouth over hers, he applied pressure to her lips that dizzied the hell out of him. As her tongue slipped out to taste his lower lip, he issued a growl and plunged inside.

She melted into his embrace, kissing him back, tongues stroking over each other’s in a dance that was sexier and hotter than anything on this dance floor.

When he’d seen her with that first cowboy, he’d been pissed. But when Corbin got his hands on Kizzy, a white fury had risen inside him. He’d experienced strong feelings of jealousy before, but this… Hell, he couldn’t let Kizzy out of his sight.

The music changed from a boot-stompin’ riot to a slow song, and he swayed her in his arms, letting the emotions he’d been holding back for days encompass him.

There’d be hell to pay for this slip in protocol, but he’d deal with it later. Right now, he had to have her.

“Kizzy,” he whispered against her lips.

Her blue eyes, so close, were a myriad of hues, from sky blue to deep navy specks. She dropped her forehead to his, and he nuzzled her lips, brushing his own back and forth across hers in time to the music.

God, the sweetness of her gripped him so hard, he could barely breathe. When had he ever felt something remotely close to this? The attraction had been there from the beginning, but over the past few days, he’d learned what an amazing woman Kizzy was.

When she reached up and tangled her fingers in his hair, he bit off a groan of desire. To feel her beneath him, to be inside her… 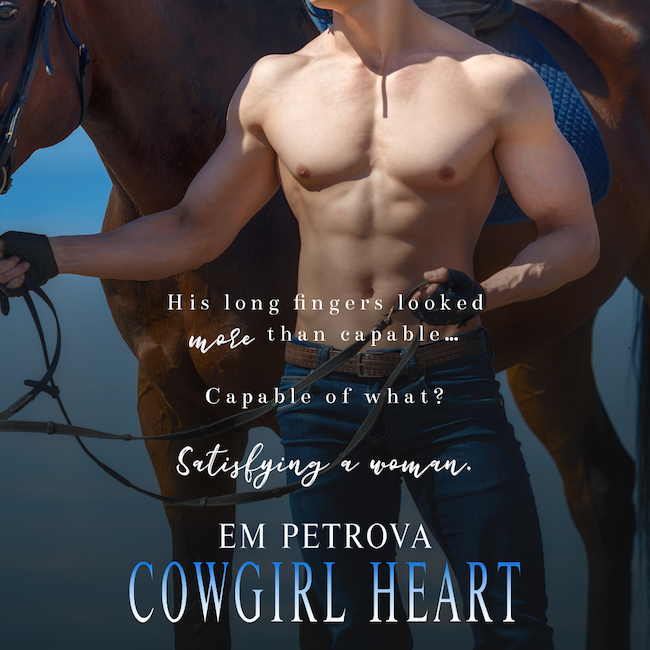 You can find Em Petrova at http://empetrova.com

Sign up for Em’s NEWSLETTER
*Never miss a giveaway or sale!
*Receive sales on other books you might enjoy
*Subscriber only giveaways
*Exclusive content
Copy this link and paste into your browser: http://www.subscribepage.com/w4b4s7