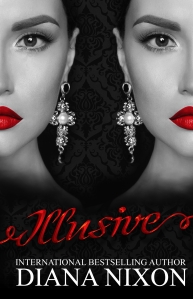 Hearts don’t beat forever. And neither did mine.
The day I woke up with a donor’s heart beating in my chest, everything changed.
I felt like I wasn’t being myself anymore, more like I was forced to live the life of someone else.
Even my dreams – they were not mine. I closed my eyes and saw the places and people I never knew. I woke up with the feeling of déjà vu and didn’t know if that was just a game of my imagination or I was losing my mind.
Getting a new job at the Bowen’s complicated all of the above. They were strangers to me, but somehow, I felt like I knew them my whole life…
“I thought I knew love, but I was wrong. Before you, it was just an illusion…”

Tigers, not Daughters by Samantha Mabry

The Torres sisters dream of escape. Escape from their needy and despotic widowed father, and from their San Antonio neighborhood, full of old San Antonio families and all the traditions and expectations that go along with them. In the summer after her senior year of high school, Ana, the oldest sister, falls to her death from her bedroom window. A year later, her three younger sisters, Jessica, Iridian, and Rosa, are still consumed by grief and haunted by their sister’s memory. Their dream of leaving Southtown now seems out of reach. But then strange things start happening around the house: mysterious laughter, mysterious shadows, mysterious writing on the walls. The sisters begin to wonder if Ana really is haunting them, trying to send them a message—and what exactly she’s trying to say.

In a stunning follow-up to her National Book Award–longlisted novel All the Wind in the World, Samantha Mabry weaves an aching, magical novel that is one part family drama, one part ghost story, and one part love story.