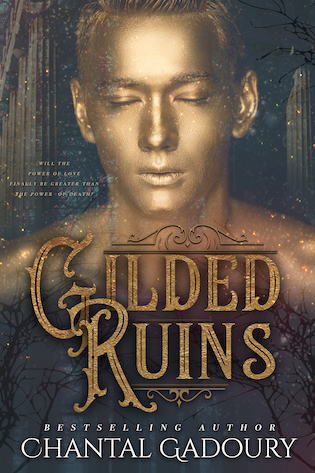 Summer and Darce are summoned by the order of Zeus himself to travel to the home of the Gods: Mount Olympus, where they’re to face even more ancient Gods and Goddesses.

Summer braces to confront her mother again, illuminating secrets about the truth of her tragic pasts, while also persuading Zeus to allow her to stay with the God of the Underworld, her true love – Darce.

Aboard Poseidon’s luxury yacht, Summer meets her mythological family, while also uncovering what exactly happened to her past lives – and the true roles her mother and Darce played.

When Darce and Summer suddenly find themselves separated, Summer must find her inner power and unite them together, before her mortal time runs out. 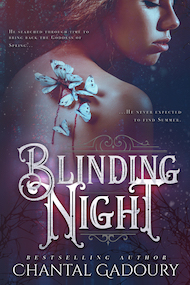 “Summer,” a warm, gentle voice whispered against my ear. Their breath fluttered across my flush skin like the wings of a butterfly. It was warm and sweet smelling. I curled deeper into the blankets, turning my chin into the soft pillow.

“Summer,” the voice said again, as a soft hand slid over my hip, and down around my stomach. It pulled me back against it, crushing me tenderly into a cushioned wall. Lips brushed over my exposed neck, leaving a small kiss in its wake.

I slowly opened my eyes, taking in the darkness of the room. What time was it? I felt the strength of the arms around me, holding me tightly. Darce.

“Hmmm…” he hummed, nestling my neck. My body began to react, welcoming the warmth of him. Everything inside of me wanted him, invited him—all except my brain. It screamed for me to turn around, to confront him about the stunt he had just pulled out on the dance floor. Minthe. Dancing. Her wicked, smug grin.

“What—” I untangled myself from him, turning to my side to face his dark silhouette. He sucked in a breath as I pulled the blankets up around myself. “What are you doing?”

“He pulled a hand through his hair; I could feel his gaze on me even in the darkness.

“You were occupied.” I didn’t even try to hide the venom in my words.

“I was doing what I had been asked to do,” He retorted curtly.

I didn’t know how to respond. I remained still, curling my fingers into the blankets.

“Do you think I enjoyed a moment of it?” He asked after a long, silent moment. The rumble in his chest vibrated against the bed as his voice deepened. I shivered and bit my bottom lip. Of course he hadn’t. I had known but. . .

“Win?” Darce asked. I shook my head, though, I knew he couldn’t see me.

“She knew what she was doing.”

“As did I,” Darce interjected.

The sound of my heart was racing in my ears, and I pushed myself up to sit. After a moment, I finally found my voice again.

“But why?” There were so many whys. Why had they asked him to dance with her? What did they have to gain from the interaction? What were they planning with Darce? With Minthe? With me? My head was spinning with so many questions that it was beginning to ache. I had already thought of a thousand different ways Minthe could have seduced him or touched him, and the whole thing made me even more angry. Jealous. I bet I could give Hera a run for her money in the jealousy department.

“Why?” He asked, echoing my question.

“Why did they ask you to? What did they. . .” but I couldn’t bring myself to continue. I couldn’t become like her. I had to trust Darce, now more than ever. I felt the smoothness of his hand slide over my knee and come to rest there.

“I will do whatever is needed to bring peace. To bring us the freedom to—”

“She wants the Underworld,” I interjected. “There is no peace with her around.”

“She just wants your throne,” he corrected.

“Just,” I scoffed. “She wants you too.” I added, drawing my knees up to my chest. I wrapped my arms around my legs and lowered my chin to the tops of my knees.

“She can’t have me,” he replied softly, drawing me closer against him. He tugged at my waist, drawing me underneath him. “I belong to no one but you.”

His whisper was husky and warm against my cheek, and it sent a shiver of pleasure down my spine. I gasped with surprise as his hands drew my legs to rest on either side of his. He was so warm, and I felt myself melting into him. I knew what he was doing, and my body suddenly craved his. It felt strange to want him as I did, all the while being surrounded by Gods and Goddesses who were seemingly plotting against us.

“All of this is such a dangerous game,” I murmured as I felt his thumb hook around the waistband of my sleeping shorts.

“I like dangerous games,” he said with a chuckle as he pressed a tender kiss against my stomach. I sucked in a breath, trying to concentrate on what I wanted to say. We were walking around on this boat with targets on our backs. We were far from safe—and he knew that. We wouldn’t be until we reached the depths of the Underworld again.

But his mouth was so hot against my skin and it was bliss.

“Not me,” I said, shaking my head, pressing my hands against his bare chest.

“Them! The game they’re playing. The things I’ve learned. . .” I sighed as he nipped my hip bone. Tears welled in my eyes as I sucked in a breath.

“I know,” he said tenderly and leaned forward to press a kiss against my temple. I wrapped my arms around his shoulders, burrowing my nose into the crook of his neck.

“Together,” I reiterated as I traced a line down the length of his back. He tensed and nodded beside me.

“Together,” he finished as his hands went to work, swiftly removing my shirt and shorts. I let myself sink into him, and the temporary comfort he could provide. It was easier to hide the truth in the shadows of the night. And in the darkness of his arms, I allowed myself to disappear. 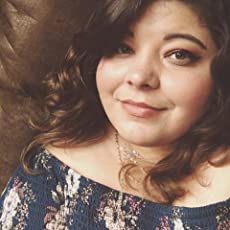 Amazon Best Selling Author, Chantal Gadoury, is a 2011 graduate from Susquehanna University with a Bachelor’s Degree in Creative Writing. Since graduation, she has published several titles, including “The Songs in Our Hearts” with 48Fourteen Publishing, and “Between the Sea and Stars,” “WinterDream,” and “Blinding Night” with Parliament House Press. Chantal first started writing stories at the age of seven and continues to love writing today. Chantal is also the Co-Founder and Senior Editor of the Parliament House Press. Writing and sharing books with the world has become a dream come true! When she’s not working, she enjoys painting, drinking lots of DD Iced Coffee, and watching Disney classics. Chantal lives in Muncy, Pennsylvania with her family.