Blitz and giveaway – Escape to moutain shadows by Audrey Flynn 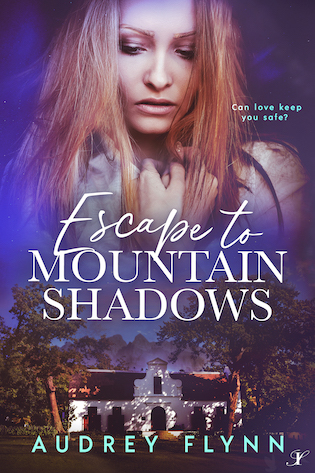 Chicago schoolteacher Lucy Shepherd has the world at her feet. Due to marry the ambitious politician Jason Palmer, in what promises to be the society wedding of the year, she is mere weeks away from joining the wealthy and powerful Palmer clan. But when she discovers that her fiancée has been sleeping with countless other women, Lucy exposes him online in a fit of anger. The repercussions are far, far worse then she could have imagined, and she is forced to flee for her safety.

On the other side of the world, she finds work at a small farm school on the centuries’ old Mountain Shadows wine estate in South Africa. Lucy and the estate’s owner Josh de Lange are fiercely drawn to one another. But the long shadow of Lucy’s past threatens their love. For there are powerful enemies on the other side of the world, the kind that refuse to let sleeping dogs lie.

Can the love between Josh and Lucy withstand the vengeance of the Palmers? When everything she holds dear is threatened, Lucy has a bitter choice to make…

“So, have you heard anything?” Victoria tried to sound casual as she speared some salad onto her fork.

“I can’t believe she didn’t even give back the ring.” Victoria’s voice was thick with indignation.

“Knowing her, she probably gave it to some bleeding-heart charity.” Jason held up his glass, signaling the waiter that he wanted another Scotch.

“Well, it just goes to show there’s no making up for a lack of breeding. God, what were you thinking, the daughter of a mechanic from Canaryville?” She swirled the wooded chardonnay in her glass. “And to think how kind I was to her, treating her like a daughter, trying to bring her up to our level.”

“Excuse me, Mother, but you were the one who took a big shine to her.”

Victoria Palmer wasn’t a woman given to self-reflection. Either make the right decision or make the decision right was what her father had always said. Well, she had every intention of making this situation right.

“I thought a teacher from a modest background could be good for your career. We could have played up the East Side connection and it would have gone down well with the working-class demographic,” Victoria said bitterly. “Now, thanks to her, we have every feminist, housewife, and PTA mom thinking you’re the devil incarnate. God, as if their husbands are any better!”

The couple at the next table were openly staring now, so Victoria shot them a thunderous glare.

“If we are going to rehabilitate your political career then we have a lot of work to do.”

“Sorry, Mother, but I think that ship has sailed. I am now, what did that twerp on the radio say, unelectable.”

Jason’s father had been a successful senator and served three terms. Several years earlier, he had embarked on a run for his party’s nomination in the presidential election. An ill-timed heart attack had destroyed those plans and sank Victoria’s aspirations to First Ladyship. Since then, she had channeled her ambitions into her favorite son. She wasn’t about to relinquish that dream just yet.

“Now you listen to me. I know how this reputation thing works. You’re young and handsome, and people forgive. In a few years’ time, the public will be able to move past this thing. Jackson and Riley are the best PR company I know. They’re brilliant at managing high-profile reputations. They are very discreet, and,” Victoria said softly as she leaned forward, “they’re not squeamish to, how shall I say, twist the rules a bit.”

Jason rattled the ice in his whisky glass. Dressed like he was today in the conservative preppy style that his mother favored, he looked every bit the wholesome, all-American boy. One who could easily be forgiven for an immature lapse of judgment. Victoria knew full well that despite the agony of the last nine months, he was still drawn to the political sphere—he loved the thought of the power and its perks. He was a Palmer after all. It was in his DNA.

“At the moment, no one in Washington will touch me with a barge pole. How do we get around that?”

“Give it time,” Victoria purred. This meeting was going much better than she had anticipated. At least the boy seemed open to her point of view.

“We’ll have to wait for the appropriate moment to reacquaint you with the right people. Until then, through certain channels, we can create our own alternative version of events. It’s so easy these days. Call it fake news, whatever. It will be a tough fight, but as your father always says, when you see a good fight, get in it.”

Jason leaned back in his chair. Two double whiskies had mellowed him somewhat. “So, tell me what’s to stop her from carrying on her vendetta? Anyone with internet access can hit back and let’s face it, she did make quite a name for herself.”

“Aah,” said Victoria. Her eyes narrowed. She was a woman who liked being in charge and she could sense she was back in the driver’s seat. She signaled to the waiter for another glass of Chardonnay. “There are measures,” she said smoothly. “Measures that can be taken.”

Jason nodded in conspiratorial understanding. “I see,” he said. “But she seems to have just disappeared off the face of the earth.”

“Anyone can be found, son. Trust me. These days there truly is nowhere to hide.” A faint smile flickered at her lips.

“And these measures?” Jason cocked an eyebrow. “Do you plan to tell me about that?”

“How long have you got?” Victoria asked. It wasn’t really a question. 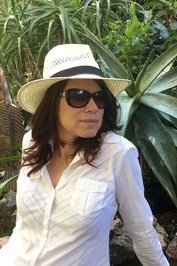 Audrey Flynn is a Johannesburg based romance writer. She uses the magnificent settings of Southern Africa and the blend of cultures as the backdrop for spicy romances. She believes that all romances need a good dollop of suspense, and as for the leading men? Well only drop-dead gorgeous heroes need apply!

Audrey loves being on safari , reading a classic whodunnit and appreciates a well made G&T.