Whatever it takes to protect her…

Security expert Nate Murphy came to Shaw’s Crossing to kick ass and help the Trask brothers fight off their enemies. He didn’t expect to get knocked off his feet by the elusive, gorgeous Elisa, a mysterious woman who works for one of his friends. Elisa’s holding something back…something big. Nate’s an ex-soldier and ex-bouncer whose specialty is breaking heads…but the fear in Elisa’s eyes makes him want to crush whoever put it there. If only she would tell him the truth…

Elisa Rinaldi is hiding from a killer. The small mountain town of Shaw’s Crossing had seemed like a good idea at the time, but getting attached to the people there was not, particularly the hard-eyed, hard-bodied Nate Murphy. When dangerous trouble engulfs her new friends, suddenly the press is everywhere. If she shows up on TV or online, she’s dead.

She has to leave Shaw’s Crossing—after a parting gift to herself. One unforgettable night with Nate, and she’ll do the right thing…even if it breaks her. The passion between them leaves Nate gasping for breath. Then Elisa vanishes. Nate can’t rest until he finds her. He means to solve her problem once and for all…by any means necessary.

Elisa will risk everything to get her life back and be with the man she loves. But now her mortal enemy is playing a game of cat and mouse…

And the stakes are both their lives…

Author’s Note: Heedless, Book Four of The Hellbound Brotherhood, is part of a connected series, but with its own couple and its own HEA.

No. She would not put Nate in Gil’s sights just for sex.

“Tell me who it is.” Nate’s low voice was caressing. “I’ll fuck him up for you.”

Elisa laughed. “Aw. That’s sweet. Is that your idea of seduction?”

His breath caressed her ear as he leaned closer. “No,” he murmured. “That’s just my idea of common, baseline courtesy. Believe me—when I start seducing you, you won’t need to ask me if it’s happening or not.”

The air hummed with tension. She looked up at him, searching for the right words to put him off, push him away. She didn’t have the words. Or want to say them.

She felt the warmth of his hand against her neck. Stroking her hair, fingers sliding through it. Cradling her head. She was pinned between those two opposing forces. The hunger in his eyes, and the huge, cold fear holding her back.

She drifted closer, not opposing his gentle pull…and their lips met.

Emotion jolted through her like lightning. His lips were warm, moving gently over hers. Seeking, asking for entrance, then as she opened to him, slowly daring more. The flick of his questioning tongue got bolder, entering her mouth, probing delicately, like he was inviting her to come out into the light. Drawing part of her soul right out of her body. It rushed out to meet him like a fountain of color, out of control. The seductive invitation of his kiss blossomed into a hot carnal promise.

Shannon McKenna is the NYT bestselling author of more than seventeen action packed, turbocharged romantic thrillers, among which are the stories of the wildly popular McCloud series and her scorching new series, The Obsidian Files—rip-roaring romantic suspense with a sci-fi twist. She loves tough and heroic alpha males, heroines with the brains and guts to match them, villains who challenge them to their utmost, adventure, scorching sensuality, and most of all, the redemptive power of true love.

Since she was small, she has loved abandoning herself to the magic of a good book, and her fond childhood fantasy was that writing would be just like that, but with the added benefit of being able to take credit for the story at the end. Alas, the alchemy of writing turned out to be messier than she’d ever dreamed. But what the hell, she loves it anyway, and hopes that readers enjoy the results of her alchemical experiments.

Blitz and giveaway – The art of Loving Ellie by Loren Beeson »
« It’s monday, what are you reading ? #294 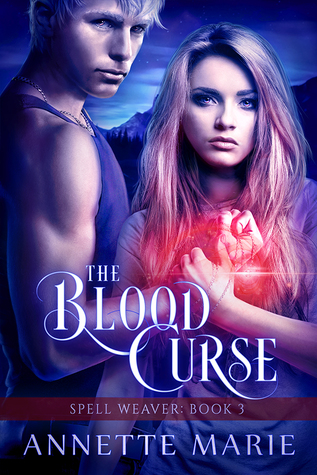