The Crown of Gilded Bones by Jennifer L Armentrout

She’s been the victim and the survivor…

Poppy never dreamed she would find the love she’s found with Prince Casteel. She wants to revel in her happiness but first they must free his brother and find hers. It’s a dangerous mission and one with far-reaching consequences neither dreamed of. Because Poppy is the Chosen, the Blessed. The true ruler of Atlantia. She carries the blood of the King of Gods within her. By right the crown and the kingdom are hers.

The enemy and the warrior…

Poppy has only ever wanted to control her own life, not the lives of others, but now she must choose to either forsake her birthright or seize the gilded crown and become the Queen of Flesh and Fire. But as the kingdoms’ dark sins and blood-drenched secrets finally unravel, a long-forgotten power rises to pose a genuine threat. And they will stop at nothing to ensure that the crown never sits upon Poppy’s head.

A lover and heartmate…

But the greatest threat to them and to Atlantia is what awaits in the far west, where the Queen of Blood and Ash has her own plans, ones she has waited hundreds of years to carry out. Poppy and Casteel must consider the impossible—travel to the Lands of the Gods and wake the King himself. And as shocking secrets and the harshest betrayals come to light, and enemies emerge to threaten everything Poppy and Casteel have fought for, they will discover just how far they are willing to go for their people—and each other.

And now she will become Queen… 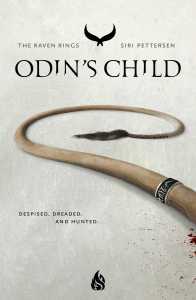 An epic fantasy trilogy from Norway about thousand-year-old secrets, forbidden romance, and what happens to those who make a deal with the devil comes at last to the United States!

15-year-old Hirka has always been an outsider in the world of Ym: she’s the only person without a tail, and the only one unable to access the Might, a current of power that runs through the earth.

Her differences become more and more of a concern as the date approaches for the Rite—the ceremony where everyone is to be blessed by the all-knowing Seer and the Council of powerful families who rule in His name. With only a few weeks until the Rite, Hirka discovers the shocking secret behind why she is tailless and Mightless: she is not from this world. As an infant, she was brought through an ancient stone circle known as a Raven Ring, and as long as she’s in Ym, the passageway between worlds remains open inviting terrifying creatures called the blind to follow.

No one can know the truth of Hirka’s identity, especially
not Rime, her childhood friend who just might become something more. But is Rime is hiding secrets of his own?

The first in a trilogy, Odin’s Child is a thrilling modern fantasy epic. 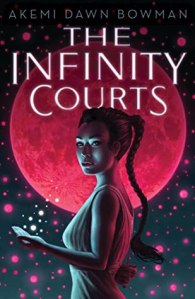