Blitz and giveaway – Out of range by Em Petrova 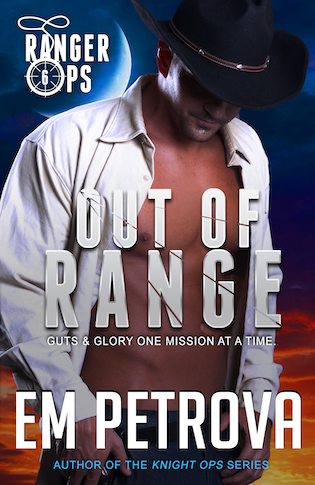 Arielle Jackman grew up as an Army brat—and then she became an Army wife. Now she’s widowed and looking for something she’s never had… roots. Back in her favorite Texas town, she’s teaching middle-schoolers, and since she and her husband never had any, she considers them all her kids. But the evenings are lonely, and Arielle’s wondering if she should get out and make some friends. Then friendship finds her again, in the form of an old childhood acquaintance, Cavanagh Wraggs.

Known as a weapon of mass destruction for the Ranger Ops team, Cav is always neck-deep in danger. He hates admitting that he’s struggling to deal with the stresses of the position, especially after a strike goes sideways—and he’s responsible. As a way to take his mind off things, he volunteers at a park cleanup program, but finds another distraction in a very sexy Ms. Jackman as she bends over to pick up trash. Talk about hot for teacher. Then he recognizes the big soft brown eyes of the girl he once knew and is instantly hooked.

As things heat up and Arielle begins to let go of her past, she’s smacked in the face to learn the sweet-talkin’ muscled man is part of a special ops team. Her heart can’t take the military life a second time around, especially knowing how it could end. Now Cav is facing some harsh choices—lose the job and team he loves or the woman who makes him happier than he’s ever imagined. Maybe, just maybe, he can find a way to keep it all. 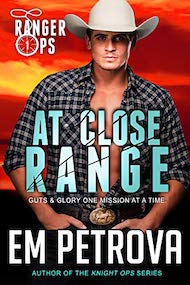 Cavanagh Wraggs. Back in eighth grade, the name was usually whispered in the girls’ bathroom, accompanied by giggles and blushes. If only her old school friends could see him now…

Arielle threw him another look under guise of tying off a trash bag. Not only was the man huge but bulked out with muscle. His size and strength gave the impression he worked outdoors or in construction. Whatever he did… he sure did it for every woman and even a few of the teen girls here in the park today.

Her own body was feeling a little out of touch with the sensations coursing through it. Darren had been dead for two years now, and she’d been far from ready for sex. But Cav made her think about breaking that dry spell.

She cut a look toward a grouping of bushes not far away. They’d be shielded enough there, right?

She bit down on her lip, almost laughing out loud at herself. These thoughts weren’t anything she’d entertained over the past couple years of her grief. But she was alive… and lonely, if she was truthful.

Plus, she’d always had a small crush on Cav and seeing him again had caused all those breathless moments she’d once felt at simply passing him in the hallway to resurface.

A nudge against her shoulder had her snapping out of her reverie. She looked up into Sarah’s blue eyes. “All right, girl, spill it. I need to know all about that hunky guy on the ladder.”

Both of them turned their eyes toward the gazebo as Cav planted a foot on the rungs and began to climb down. His jeans pulled across his muscled thighs, and Arielle suddenly wished she was standing behind him to get a different view. But this was good too, especially when she spotted the veins snaking over his bulging forearms as he gripped the ladder.

Sarah issued a soft puff of air like she’d just been punched. “He’s quite…”

She nodded. “Yes, quite.” Her mouth was dry. If women got catcalls on the streets, surely there must be a female version of that.

She felt just as stunned when Cav turned from the ladder, and with what seemed like a flick of his wrist, pulled the heavy metal contraption away from the roof, flipped it and stuck it over one shoulder. 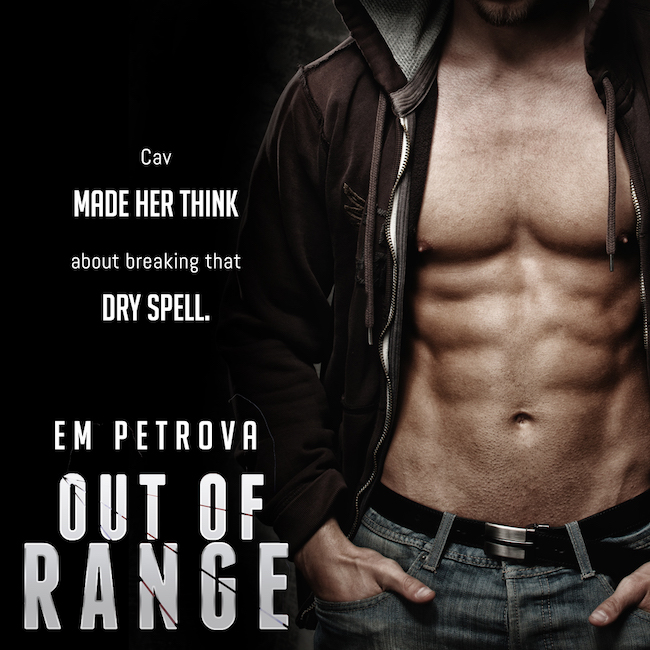 Blitz and giveaway – Can’t buy me love by Janet Elisabeth Henderson »
« It’s monday, what are reading? #254