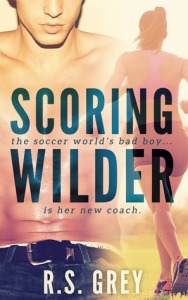 What started out as a joke— seduce Coach Wilder—soon became a goal she had to score.

With Olympic tryouts on the horizon, the last thing nineteen-year-old Kinsley Bryant needs to add to her plate is Liam Wilder. He’s a professional soccer player, America’s favorite bad-boy, and has all the qualities of a skilled panty-dropper.

Not to mention Liam is strictly off limits . Forbidden. Her coaches have made that perfectly clear. (i.e. “Score with Coach Wilder anywhere other than the field and you’ll be cut from the team faster than you can count his tattoos.”) But that just makes him all the more enticing…Besides, Kinsley’s already counted the visible ones, and she is not one to leave a project unfinished.

Kinsley tries to play the game her way as they navigate through forbidden territory, but Liam is determined to teach her a whole new definition for the term “team bonding.”

Kinsley has no luck with men, she always falls on guys who cheated her. So she decided to focus on her career as a footballer and on the national selection of the Olympic Game. It’s without counting on the captain of her team who is a real plague and her new coach who is none other than Liam Wilder, a football player of LA Stars.

As you can imagine, the attraction between Kinsley and Liam is intense, they are attracted but they are not allowed to be together.

I love Kinsley, she knows what she wants, her passion is football and she wants to succeed, she doesn’t hesitate to say what she thinks but she knows how to be silent mostly with Tara because she knows that it will only make things worse. I also like when she let go, as at the first party where she celebrates her birthday.

Liam is extremely sexy and he knows he has a reputation that may be linked only to the rumor because in the end I found him wise enough. He wants to focus on his career and not lose his sponsors and for that he will help the coach to train the women’s team. He’s very intelligent, he’s a sportsman who knows what he can and cannot do.

I enjoyed this story in the soccer world, or once is not customary, both heroes practice the same sport. The attraction between Liam and Kinsley is instantaneous and I liked all the intense scenes that this entails. I liked the training passages because it isn’t common that the heroine plays football. The situation between the two characters is rather commonplace, they are attracted to each other but cannot take action or they have to hide.

It was interesting to see the relationship between Kinsley and Liam evolving, seeing them interacting together and seeing Liam taking over Kinsley’s defense more than once. I love this man, he is tender, sexy and attentive.

The relationship between Kinsley and Becca, her girlfriend who plays soccer with her, is great, I love them both, they get along well, get motivated, get up morale, it’s a fusional friendship and I think Kinsley like Becca needed it.

Tara is a plague, and again I use a kind word because from the beginning I knew what would happen. She fucks her career and only seeks glory and money, even if for that she must destroy people in her path. As much to say that I didn’t like this character but she was important to put a little spice in the story.

The story is well written and even though it’s a classic romance, I still felt some nice emotions and I had a great time with Kinsley and Liam.

Quick word: A beautiful romance in the world of university football. 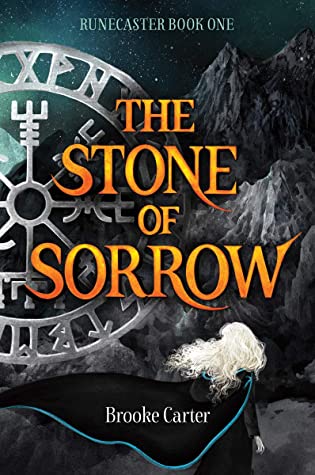