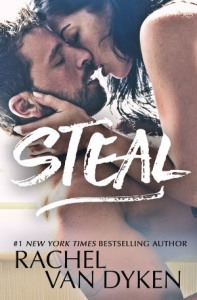 Whats harder than having to babysit a bunch of musicians in the small town of Seaside, Oregon?

Adding your ex to the mix.

I freaking loathe her.

I was stupid enough to say yes.

Stupid enough to take one last chance on helping rebuild her acting career.

I’m a sucker for a challenge.

What I didn’t expect?

The Ice Queen by Rebecca Bauer

Ten years after a chilling coup, Aria finds herself trapped in a lifestyle she never chose–one which will damage her future forever. A fortuitous set of circumstances send her back to her home, where she uncovers an inflamed kingdom on the brink of civil war. To lead them, Aria must rediscover the woman she was meant to be–and to take back the seat stolen from her as a child, she must overcome more than just her past. The only way to win is by the blade.

Obsidian and Stars by Julie Eshbaugh

In the sequel to Ivory and Bone—the prehistoric fantasy novel that New York Times bestselling author Amie Kaufman described as a “richly crafted world of life-and-death stakes”—the story shifts to Mya’s viewpoint as vengeful adversaries force her to flee the life she once knew.

After surviving the chaotic battle that erupted after Lo and the Bosha clan attacked, now Mya is looking ahead to her future with Kol. All the things that once felt so uncertain are finally falling into place. But the same night as Kol and Mya’s betrothal announcement, Mya’s brother Chev reveals his plan to marry his youngest sister Lees to his friend Morsk. The only way to avoid this terrible turn of events, Morsk informs Mya when he corners her later, is for Mya to take Lees’ place and marry him herself.

Refusing to marry anyone other than her beloved, and in an effort to protect her sister, Mya runs away to a secret island with Lees. And though it seems like the safest place to hide until things back home blow over, Mya soon realizes she’s been followed. Lurking deep in the recesses of this dangerous place are rivals from Mya’s past whose thirst for revenge exceeds all reason.

With the lives of her loved ones on the line, Mya must make a move before the enemies of her past become the undoing of her future.

And the Swag for Pre Order 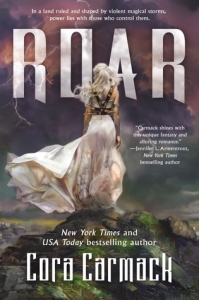 In a land ruled and shaped by violent magical storms, power lies with those who control them.

Aurora Pavan comes from one of the oldest Stormling families in existence. Long ago, the ungifted pledged fealty and service to her family in exchange for safe haven, and a kingdom was carved out from the wildlands and sustained by magic capable of repelling the world’s deadliest foes. As the sole heir of Pavan, Aurora’s been groomed to be the perfect queen. She’s intelligent and brave and honorable. But she’s yet to show any trace of the magic she’ll need to protect her people.

To keep her secret and save her crown, Aurora’s mother arranges for her to marry a dark and brooding Stormling prince from another kingdom. At first, the prince seems like the perfect solution to all her problems. He’ll guarantee her spot as the next queen and be the champion her people need to remain safe. But the more secrets Aurora uncovers about him, the more a future with him frightens her. When she dons a disguise and sneaks out of the palace one night to spy on him, she stumbles upon a black market dealing in the very thing she lacks—storm magic. And the people selling it? They’re not Stormlings. They’re storm hunters.

Legend says that her ancestors first gained their magic by facing a storm and stealing part of its essence. And when a handsome young storm hunter reveals he was born without magic, but possesses it now, Aurora realizes there’s a third option for her future besides ruin or marriage.

She might not have magic now, but she can steal it if she’s brave enough.

Challenge a tempest. Survive it. And you become its master.

And you what have you got this week ?

One thought on “Stacking the Shelves #143”

Leave a Reply to Alyssa Susanna (The Eater of Books!) Cancel reply